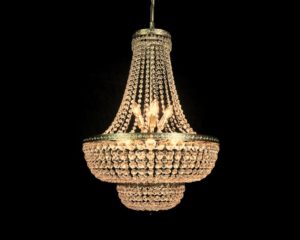 Rental products. An Empire chandelier, actually called Empire, is a style which originated in Versailles. For the construction of the palest in Versailles Louis XIV and XV, former Kings of France, collected the best architects and artisans from Europe.  They created the unique interior of this royal palace. The Versailles style is characterized by influences of Italy, Bohemia and France. It used to be a chandelier with a gilt-bronze frame, decorated with gorgeous crystal. These chandeliers created a special atmosphere at galas and parties. Under the influence of various kings who used Versailles as residence, this style was further developed.  Later versions were decorated even more beautifully. It resulted into a balance between various sizes of crystal.

Below you will find the technical specifications of Type-1 exclusive:

We prefer to work with professionals

Below you will find a couple of atmospheric pictures of events where Type-1 exclusive was used: 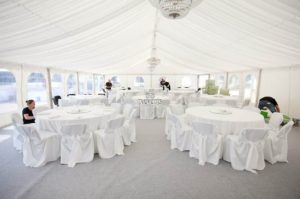 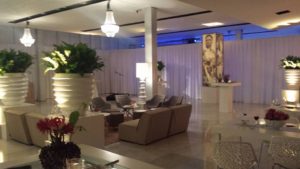 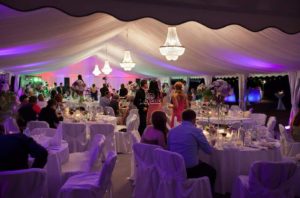 Select another chandelier. Go back to products.